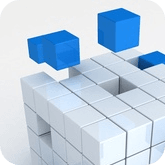 1. The hard disk or one of the server’s hard disks is full

◊ WITHOUT Autoscaling: Services crash and users of applications running on the disk receive a disservice image of the company and risk users do not return.
◊ WITH Autoscaling: The disks are resized according to the new disk occupation.

◊ WITHOUT Autoscaling: Web applications respond slowly or time-outfollowing degradation and / or disservice to the user.
◊ WITH Autoscaling: The system adds the necessary CPUs.

◊ WITHOUT: Web applications respond slowly or time-outfollowing degradation and / or disservice to the user. *
◊ WITH: The system adds RAM memory.

◊ WITHOUT: What is called the “bottleneck” takes place, ie the system is not able to serve new users.
◊ CON: The system resizes the bandwidth.

◊ WITHOUT: the user buys a client that is oversized compared to his needs as a result pays for features he does not use.
◊ CON: The system reduces resources in order to adapt to the real needs of the user, considerably reducing costs.

◊ WITHOUT: In the face of a change, the user must re-install the entire platform on a larger system.
◊ CON: It is not necessary to re-install the software or the platform because the system resizes itself automatically.

Autoscaling does everything that a scaling system does, that is, it allows the user to vary them

hardware features, but it does this automatically, reducing management costs and increasing end-user satisfaction.

* In technical terms it is said that the operating system swapped.
Swapping means saving to the hard disk all the information that the system can not save in RAM because it is full, consequently the system slows down considerably because the access times to the disk are much higher than the available memory.