Home » The threat of DDoS ransomware 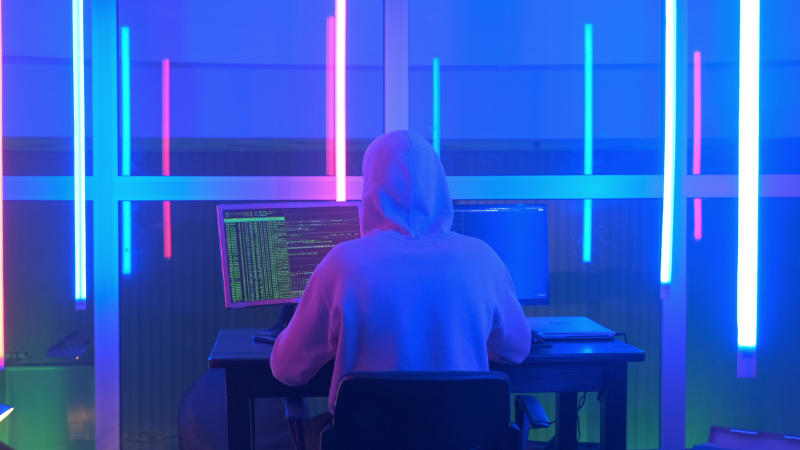 Is the threat of a large-scale DDoS attack enough to convince organizations to bow to a ransomware attack?

It might be a good time for companies to invest in DDoS protection , as hackers have begun to use the threat of large-scale DDoS attacks to carry out ransomware attacks on organizations .

According to a new blog post from Cloudflare, a major company, in the Fortune Global 500, was the target of a DDoS ransomware attack ( RDDoS ) in late 2020. The attacking group claimed to be Lazarus Group , North Korea’s largest and most active hacking division .

This extortion attempt was part of a larger trend of ransom campaigns that has been developing throughout the past year . Cybercriminals will likely continue to use similar methods, as they have been quite successful.

What is a DDoS Ransomware?

Unlike a ransomware attack in which cybercriminals enter a company’s network in order to block their files, RDDoS attacks use the threat to obscure the Dell website. ‘company with traffic overload and this can be crippling for business.

Just as an organization can use cloud backup and other similar services to protect its data from being blocked following a ransomware attack, DDoS protection ensures that a company’s website remains secure if it is suddenly flooded with traffic overload.

What is a DDoS attack?

Before continuing and to better understand what we are talking about.

DDoS is an acronics which means Distributed Denial of Service . Attacks of this type target websites and online services. The goal is to flood the site with more traffic than the server or network can accommodate . The purpose is to make the website or service unusable.

Traffic can consist of inbound messages, connection requests or fake packets. In some cases, victims are threatened with a DDoS attack or attacked at a low level . This attack can be combined with an extortion threat than a more devastating attack unless the company pays a ransom in cryptocurrency . In 2015 and 2016, a criminal group called the Armada Collective repeatedly extorted money from banks, web host providers and other companies using this method.

How Do DDoS Attacks Work?

The theory behind a DDoS attack is simple: flood a server with requests so that it reaches the limit that available resources allow. If the attack is successful, your server, service, website or network is rendered inoperable.

The primary way a DDoS is accomplished is through a network of remotely controlled, hacked or bot computers . These are often called “zombie computers”, we have also seen them in the techniques of Zombie Phishing . These zombies , organized in networks called botnets , are used to flood websites, servers and networks with more data than they can accommodate.

Botnets can send more connection requests than a server can handle or send huge amounts of data that exceed the bandwidth capabilities of the targeted victim. Botnets can range from thousands to millions of computers controlled by cybercriminals. Your computer could be part of a botnet without you knowing.

What are the symptoms of an attack?

DDoS attacks have distinctive symptoms . The problem is that the symptoms are so similar to other problems you may have with your computer that it can be difficult to understand without a professional diagnosis. Symptoms of a DDoS include:

Most of these symptoms can be difficult to label as unusual . However, if two or more occur over long periods of time, you could be the victim of a DDoS and check them out.

Phenomenology of a DDoS Ransomware Attack

A DDoS ransomware attack is like pointing a gun at someone and asking them for their wallet. It is not known if the gun is real (or loaded), but to avoid an unpleasant misunderstanding, the money is handed over.

In these attacks, in fact, the hackers threaten to carry out the attack, but have not yet performed any. In some cases they launch a minor attack as a demonstration action.

The attack covered in the Cloudflare article started like many other attacks, with ransom emails sent to employees of the organization. These emails contained a note that read:

Please do a Google search of “Lazarus Group” to take a look at some of our previous work. Also, search for “NZX” or “New Zealand Stock Exchange” in the news. You don’t want to be like them, do you?

The current price is 20 Bitcoin (BTC). It’s a small price to pay for what will happen if your entire network goes down. Is it worth it? You decide!…

If you decide not to pay, we will start the attack on the indicated date and will keep it until you do. We will completely destroy your reputation and make sure that your services remain offline until you pay… “.

The attackers then began sending a large amount of traffic to one of the company’s global data centers , firing gigabits of data per second to a single server. This led to a DDoS event and generated a series of unpleasant inconveniences.

Next, the criminals launched an attack at the end of a working day that was difficult to mitigate due to the fact that the organization was still using services to mitigate previous attacks.

Mitigating DDoS attacks can be quite difficult when an attack is already underway, which is why companies should consider using dedicated and proactive DDoS protection .

We will likely see an increase in similar attacks this year , so now is the time to take the necessary precautions or risk having the company’s website taken down or worse, having to pay a ransom in order to continue with the services offered.

The SOD proposal for companies

Due to the possibility that these DDoS Ransomware attacks become more and more frequent, we think we are a good time to evaluate one of our services in this regard.

One way to mitigate attacks is by using CDN ( Content Delivery Network ) services such as Cloudflare . These services distribute a static copy of the site on their servers around the world. When the site is requested by a client, the request is processed by the closest CDN server, reducing the loading time.

The use of this type of service filters access to the company site by distributing traffic to other servers that keep a copy of the site.

In this way, not only is the site loaded via the CDN server closest to the user, reducing the loading time, but the traffic is distributed territorially and what actually reaches the server is a fraction of the real one .

For customers of the SOD Webhosting service, the Cloudflare CDN network is made available for free .

For our customers who use different services, it is necessary to design an ad-hoc solution. Contact us to find out more.

Try our products free of charge. If you’re looking for web hosting trial or virtual cloud server, we’ve got it just for you.