Double extortion ransomware: What they are and how to defend yourself

Home » Double extortion ransomware: What they are and how to defend yourself 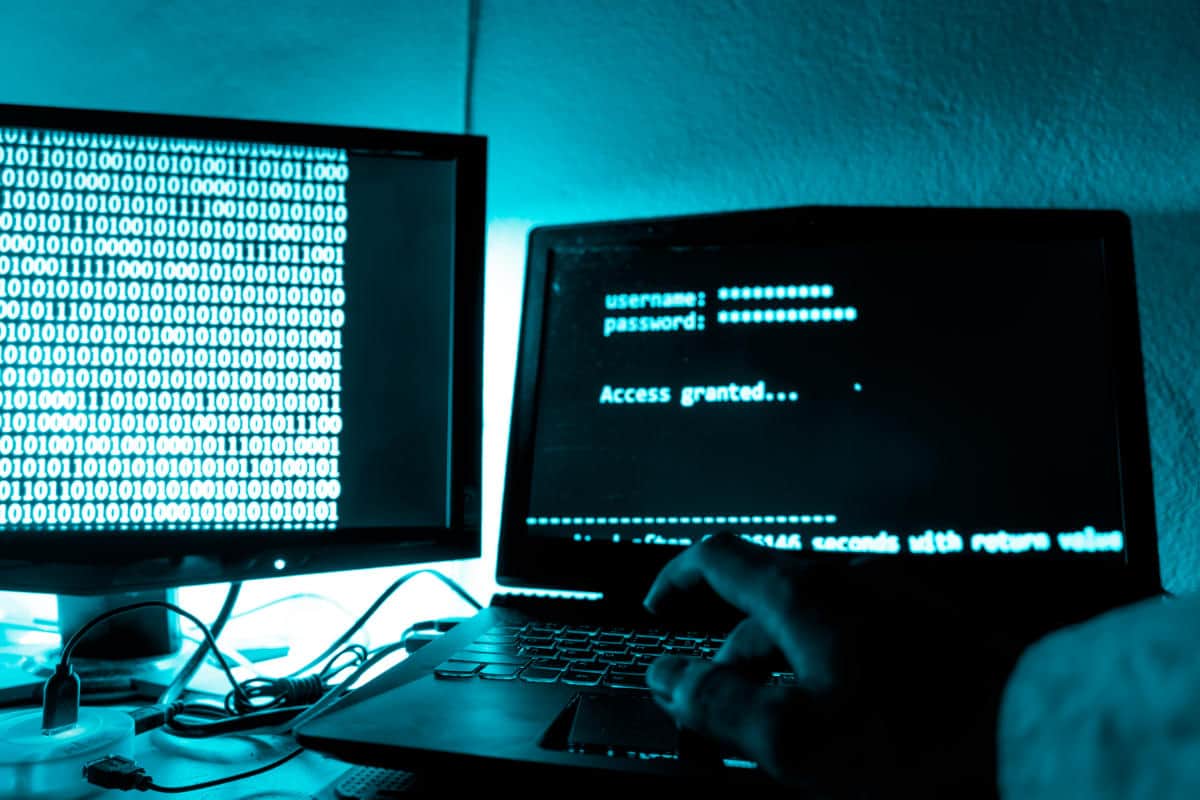 Double extortion ransomware: What they are and how to defend yourself

Looking to up the ante and earn more money with the ransomware , i Cybercriminals are increasingly using a tactic known as double extortion ransomware . Not only do they encrypt data and demand a ransom from the victim to regain access. They also threaten to upload them online if their conditions are not met.

Let’s take a step back, ransomware is one of the most common types of malware. It targets a company every 14 seconds and it cost $ 11.5 billion in 2019 alone . Typically, hackers who carry out these attacks break into a system to steal data and delete it if the victim doesn’t pay a ransom.

Why do hackers prefer double-extortion ransomware?

The rise of double extortion ransomware proves that cybercriminals are constantly expanding their arsenal. Paolo Passeri, director of cyber intelligence at the software firm Netskope , says these attacks they have become popular because they are the easiest way for hackers to make money.

Passeri Says: “With double extortion ransomware attacks, even if a backup is available, attackers can put more pressure on the victim to pay the ransom . The increased pressure comes from the potentially serious consequences of a data leak, for example economic and reputational damage. Groups like REvil are even more creative: they don’t just leak data, they monetize it by auctioning it on the dark web and putting even more pressure on their victims. “

When conducting a double extortion ransomware attack, hackers start spending more time on the overall strategy . Sparrows warns that scammers are no longer taking an opportunistic approach. Instead, they are carefully selecting their target and method of attack to increase the ransom money they make . He explains: “ the threat actors select their victims, choosing organizations whose businesses could be affected by a data leak “.

The spear phishing is the primary means of distributing double extortion ransomware, but cybercriminals are also by exploiting vulnerabilities in on-premises devices such as VPN concentrators. “In the past few months, nearly all major VPN technologies have suffered severe vulnerabilities that have been exploited for similar attacks,” says Passeri.

“This is unfortunate given the current situation with forced telework where these remote access technologies play a crucial role in ensuring business continuity during Covid-19. These systems are directly exposed to the Internet, so threat actors can scan them and then exploit any vulnerabilities discovered “.

Double extortion ransomware provides more opportunities for cybercriminals, allowing them to extort victims twice. They can ask for a first payment to decrypt the files and a second payment not to make them public.

This technique, also known as doxing , is been used by an increasing number of ransomware groups over the past year. The consequences of doxing are more severe for the victim, so they often come down to demands. This means more money in the pockets of cybercriminals to fund new strains of ransomware and support other criminal activities.

Improvements in malware and financial incentives for hackers have led to the growth of double extortion ransomware attacks. In the past, ransomware encrypted files and hackers stole data, but it was rare to do both.

We now have bots that can scan the web for unprotected data, steal it, encrypt it or delete it, and leave a ransom note for the owner, all in one automated attack. The hacker can then collect a ransom for the data and sell the data to other criminals, playing double-crosses with minimal effort .

There has been an influx of double extortion ransomware attacks in the past year. Hackers gained traction in late 2019 when high-profile groups like Maze began exploiting aggressively this tactic.

In these particularly aggressive cases, the hacker would extract a copy of the data before encrypting it . This way the attacker not only prevents the victim from accessing her data, but also keeps a copy of the data for himself.

To claim responsibility and put pressure on the victim during the negotiation process, the attacker often released small chunks of data online. If the deals are blocked or failed, the attacker publishes all the stolen data or sells it to third parties . This creates a significant violation against the victim.

To defend against these attacks, there are several steps companies should take . For example, keeping systems updated to ensure that known vulnerabilities are resolved. It is also imperative that organizations have a layered security approach that includes the use of data loss prevention tools . An example is the service offered by SOD Acronis Cyber Protect Cloud . The system can stop the extraction or encryption of the data which initiates these double extortion attacks.

But what can organizations do if they can’t successfully mitigate one of these attacks?

Organizations should try to include a last line of defense that isolates and stops illegitimate encryption immediately . This mitigates the risk when traditional prevention-based security has been compromised or bypassed. Robust backup processes, including air-gap backups, should also be considered to make it more difficult for criminals to encrypt or disable critical data stores.

If an organization falls victim to a double extortion ransomware attack, there are often dire consequences. Criminal groups are increasingly blatant, even dystopian names like Maze, Netwalker and REvil, are an indication of this inclination. Their pride leads them to display exfiltrated data as online trophies and even sponsor clandestine hacking contests to display their malware. In a kind of cyber show-off . < / p>

For the victims, the consequences can be devastating. Travelex, a currency exchange service, went into receivership with the loss of 1,300 jobs in the UK following a ransomware attack . During the heist, the cyber gang REvil asked the company to pay $ 6 million in 48 hours. The company has faced the threat of publishing credit card information, national insurance numbers and birth dates of its customers.

It is clearly critical that companies do everything they can to identify and stop these attacks before they cause more damage. Preventing these attacks proactively is much better than mitigating their effects, with all the financial costs and reputational damage they entail .

Most attackers gain access through human error . For this, together with technical measures such as internal data access management and back-up, staff training and supervision are key elements in an organization’s defenses .

Victims essentially have two choices, both of which are costly: if they refuse to pay, they face a catastrophic data breach with exposure to painful regulatory fines and civil demands; if they pay the ransom, they still have no guarantee that the data will be returned.

While getting hit by ransomware can deal a severe blow to any business, companies should be cautious when asked to pay a ransom. Doing so could involve even greater risks . There is no certainty that these hackers will not ask for more money without releasing the data anyway.

It is important for companies to secure their networks and conduct mock test < / a> to mitigate the ransomware threat . Such simulated attacks will help spot vulnerabilities within the organization without the risk of facing serious financial problems and having to answer very difficult questions from customers.

Implementing strong resilience measures is the best way to prevent double extortion ransomware. Ransomware is often a secondary infection. Threat actors seek to exploit known vulnerabilities, particularly in relation to remote access protocols and applications that are critical for working from home.

Critical to mitigating this is ensuring that vulnerabilities are patched in a timely manner and that network data logs are monitored for any unusual activity or data exfiltration. < / strong> There is therefore a potential window of opportunity to remedy any primary infection (which precedes the ransomware) and thus prevent the ransom note process from developing.

Organizations need to educate staff about the risks of double extortion ransomware and how it is executed . Individual users can also be of great help by being aware of the potential of unsafe attachments. They should also be cautious about clicking any email links received in any communication , particularly with the recent resurgence of Emotet , a known malware.

There are two defense strategies for dealing with double extortion ransomware. First, robust backups, to make sure you don’t your hands tied if hackers gain control of your data. Then, encryption, to make sure that if an attacker threatens to expose your data, it’s protected too.

These approaches should then be incorporated into a broader strategy: careful monitoring of the network that could allow attackers to be cut off, and promoting employee IT education not to fall victim to phishing attacks which are often the main cause of a ransomware incident.

The threat of double extortion ransomware is undeniable, with cybercriminals carefully targeting and creating these attacks in an attempt to increase the size of ransom.

Organizations often feel they have no choice but to pay the ransom to avoid the leak of sensitive data. But it’s actually a Russian roulette game and the stolen information can still find its way online. Therefore the focus must be on prevention and risk mitigation .